Our Summer in Croatia! 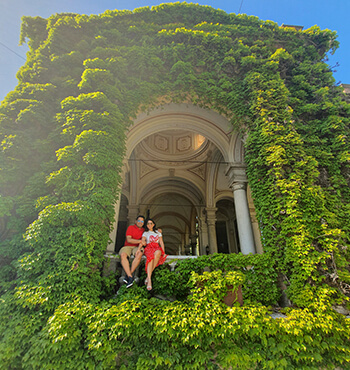 Croatia is undeniably one of the best countries we’ve visited!

With beautiful turquoise seas, gorgeous national parks, stunning architecture, a thousand islands and more than 6,000km of coastline, Croatia is undeniably one of the most beautiful countries one can visit. I was fortunate to visit Croatia with family in the summer of 2019 and I have to say, it was breathtakingly beautiful!

Croatia has a little bit for every traveler - whether one’s backpacking through the country or enjoying Yacht Week. Croatia is known for its music festivals, water activities and even a stunning UNESCO World Heritage Site - Plitvice Lakes National Park. Here’s a short recap of our summer in Croatia!

The capital city of Croatia is probably the most different as well. It’s a small, walkable city and a perfect short city break after our long flight from India. In Zagreb, we enjoyed a half-day city tour which took us along to the Lower Town and the Upper Town (and we even got to ride a short funicular!) which ended at the Zagreb Cathedral. This was followed by a visit for the farmers market and the flower market - both just behind the main square.

We also visited the Mirogoj Cemetery - a noteworthy landmark in Zagreb. The architect Herman Bolle that renovated this cemetery, is the one that renovated the Cathedral of Zagreb and created the magnificent roof of St. Mark church. In the evenings, we went restaurant hopping on Tkalciceva Street. This pedestrian street has the highest concentration of bars and cafes in all of Croatia, with plenty of outdoor seating. All in all, Zagreb was the perfect stop before we hit the coastline. But before that, we had one more special place to visit!

Our next stop was the drop-dead-gorgeous Plitvice Lakes National Park. The park is made up of sixteen lakes connected by a series of waterfalls and woodlands and has 7 hiking routes around the lakes, all with varying difficulty and time. We were smart enough to start early from Zagreb and reached well in time for our entry slot (yes, the park has a limited number of entries in a particular time slot - so we would recommend pre-booking the slot and reaching well in time). In summers, we would recommend taking the shorter hikes as it can get VERY hot in the day and you may not be able to finish your route.

Pro-Tip: Do pack a picnic lunch - you’ll find plenty of picnic spots and there are very limited choices inside the park.

Contrary to popular belief, Split is not a beach town. It’s a beautiful city and is an ideal location due to its proximity to some of the country's most famous islands. The ‘Old Town’, the city center of Split, is almost entirely made up of the Diocletian’s Palace. The narrow alleyways in the city center consist of shops and some seriously delicious cafes.

Apart from exploring the city, we used Split as a base for day trips around the region. One of the trips we took was a day-long Blue Cave tour. The tour first took us to the Blue Caves on Bisevo Island - on a sunny calm day, the strongest rays of the sun passing through an underwater opening, illuminate the cave with a luminous blue light! Next on the tour, we visited Stiniva on Vis Island and Hvar town on Hvar Island. On another day, we did the Cetina River Rafting - an activity which may be best skipped due to the long arduous nature of the activity. There’s another national park close to Split - Krka National Park. It’s not as hyped as the Plitvice National park, but is most definitely worth a visit. While swimming is supposedly forbidden in national parks, it is “tolerated” in a single area of Krka - so don’t forget to take a bathing suit along!

Our next stop was THE MOST famous city in all of Croatia - Dubrovnik! The day we reached the city, as many as five cruise ships stopped there, meaning that the small town was flooded with more than ~10,000 visitors. The city was jam packed and traffic marshals standing at the gates were directing people, not cars! Regardless of the crowds, Dubrovnik is a beautiful town.

HBO put this city on the map with the filming location for Kings Landing for their hit show, Game of Thrones! We were guilty of taking the ‘Game of Thrones’ walking tour which took us to the popular shoot locations and walked us through some GoT anecdotes as well. Even for non-GoT fans, Dubrovnik is gorgeous! The city is known for the city walls, which according to us, is amongst the finest in the world. You have to hike the city walls at least once - the views from the top of the walls are breathtaking!

Pro-Tip: Start early (we were the first on the walls on that day) and more importantly, carry water.

That evening, we took a car up to Mt. Srd and enjoyed some epic views of the walled city, seas and surrounding islands! We stopped at different picturesque locations along the way and enjoyed a beautiful sunset at the top of the hill. The best part? Even at the peak of the tourist season, we had the entire place to ourselves!

The next day, we did a winery tour which started with a visit to the famous Trsteno Arboretum, again made famous by the Game of Thrones [think Tyrell (High) Garden]. Aside from its Game of Thrones appeal, the Arboretum is truly a hidden gem, well worth a visit in case you happen to be in Dubrovnik. Next, we visited the vineyard-laden Peljesac peninsula for a private, guided wine-tasting trip and sampled some beautiful wines in the up-and-coming wine region. Our stay at Sun Gardens Dubrovnik ensured that this last destination was our favourite of the lot!

We visited Croatia in the first week of July. Ideally, the best time to visit Croatia is in June and September. During these two months, the weather is still warm, there are fewer people in the country - so one doesn’t see traffic jams, queues or crowded beaches. Consequently, Croatia becomes more affordable during these months. If you’re a budget traveler, October to April is the best time to visit as during these times, prices generally hit rock bottom.

We hope to return soon and explore tons of other islands in the region, take a trip to the famous truffle region - Istria and last but not the least, for Yacht Week! 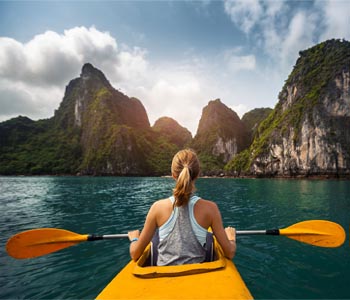 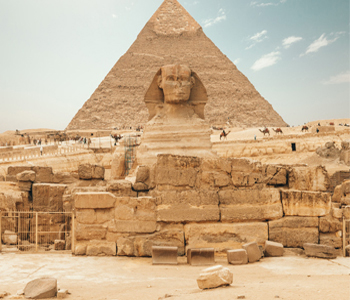 Land of the Pharaohs! 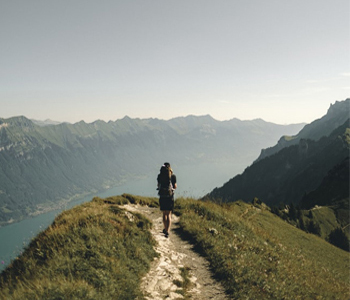 The Best Hikes in Indonesia!